Editor’s Note: These are the words audaciously uttered by donald trump on the night of 13 April 2018 as the tri-lateral slave-states of israel committed yet another breach of international law on behalf of that terrorist regime:

Following the horrors of World War I a century ago, civilized nations joined together to ban chemical warfare. Chemical weapons are uniquely dangerous, not only because they inflict gruesome suffering, but because even small amounts can unleash widespread devastation.

The purpose of our actions tonight is to establish a strong deterrent against the production, spread and use of chemical weapons. Establishing this deterrent is a vital national security interest of the United States.

The combined American, British and French response to these atrocities will integrate all instruments of our national power: military, economic and diplomatic. We are prepared to sustain this response until the Syrian regime stops its use of prohibited chemical agents.

By the end of World War I, more than one million people had been killed or injured by chemical weapons. We never want to see that ghastly specter return. So today, the nations of Britain, France and the United States of America have marshaled their righteous power against barbarism and brutality.

Let’s put aside the fact that the entire Assad-government-‘chemical attack’-against-his-own-people accusation is being proven to be the lie it was on a daily basis. Let’s just consider that this snake-in-the-grass could actually, with a straight face, say these things when he knows full well about the atrocities shown below.

Some may think this is in poor taste. Indeed it is – it’s more than that…it’s hideous. But if people don’t see it, they can’t believe it. This cannot be hidden any longer. THIS is what a real chemical attack looks like – and it isn’t being exercised by Bashar al-Assad and the Syrian military. This is the work of the criminal enterprise donald trump calls America’s ‘greatest ally in the Middle East’.

Why didn’t the US invade Israel when it used chemical weapons on Palestinians?

Comment: Be warned that the images that follow are very disturbing. Unlike the disturbing and untrue images that the mainstream media wants you to see however, as to get your sympathy for bombing another Middle East country, these ones are real and show the effects of the use of White Phosphorus by the Israeli army on unarmed Gazan civilians during Operation Cast Lead. They also show the hypocrisy of the US government and their allies regarding the use of chemical weapons on innocent humans.

I want you to remember this picture when you think of Israel’s use of chemical weapons every time someone parrots the talking points of the Israeli government. This picture was taken in Gaza, Palestine; this is a war crime. No this isn’t photoshopped. If this isn’t a war crime then I don’t know what is.

Now – when discussing Israel’s use of chemical weapons – I have heard many justifications, excuses and obfuscations to minimize the criminal element of Operation Cast Lead that lasted just over 3 weeks from December 28th, 2008 to January 18th, 2009. The timing of Operation Cast Lead is important since the U.S. and the world was focused on the horror of an economic downward spiral and the hope of a new way forward. President Barack Obama was waiting for his inauguration at this point. Now – many Israel advocates like to claim that this isn’t illegal and that Israel used white phosphorous (which is irrefutable and the Israeli government acknowledges) only as a smoke screen.

Under international law – white phosphorous may be used as a smoke screen but not on civilian populations. Gaza is one of the most densely populated areas in the world and Israel’s use of white phosphorous is very clearly being used over civilian areas. Operation Cast Lead resulted in between 1,166 and 1,417 Palestinian and 13 Israeli deaths; 4 of them were from friendly fire. The United Nations conducted an investigation and released the now famous Goldstone report which acknowledged that Israel’s use of white phosphorous was indeed a war crime. It was after significant pressure and a couple of years later – the author retracted his report’s findings. The United Nations Human Right Council, however, still found Israel guilty of war crimes and they ordered that Israel compensate Palestinian families for the damage caused by the Israeli government. They wrote here:

The approval of USD 85 million worth of United Nations projects remains pending. Israel recently released 20,000 tons of construction materials for Gaza’s private sector. However, the border closures and restrictions on passage through border crossings continue to seriously negatively affect the population of the Gaza Strip. Over 75 per cent of the units needed to replace homes destroyed during Operation Cast Lead have not been constructed. Gaza’s unemployment rate remains high. This combines with the urgent demand for construction materials to reconstruct homes, schools and other infrastructure to result in thousands of people continuing to risk their lives to work in tunnels along the border with Egypt.

If another country took this kind of action – the U.S. would be invading them. Not only did the U.S. not invade Israel, we give them money to continue their human rights violations and we continue to veto any resolution to hold Israel accountable on the UN security council. And we wonder why so many other countries hate the U.S. Quite simply – we live by double standards. We support democracy only if it’s the result we want i.e. Gaza 2006, Iran 1953, Guatemala 1954, Congo 1960, Dominican Republican 1961, South Vietnam 1963, Brazil 1964, and Chile 1973 (source) to name only a select few not including many attempted coup attempts like Venezuela 2002.

The double standard continues for the use of chemical weapons. President Obama is looking to attack Syria after an apparent chemical weapons attack although there are reports that these chemical weapons attack were in fact not committed by the Syrian government (source). President Obama claims that we must set a red line for those countries willing to utilize chemical weapons; he has however not taken the same stance with the Israeli government despite countless human rights violations. One of the most ironic elements of this entire situation is that the #1 force pushing for an attack on Syria is Israel and their lobbying arm AIPAC (source). 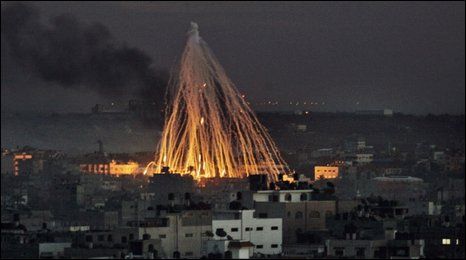 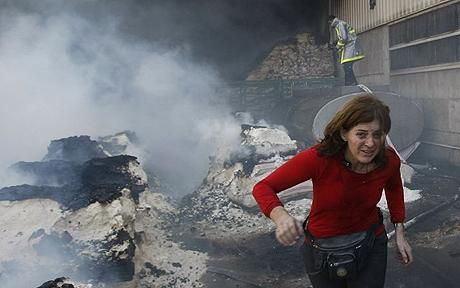 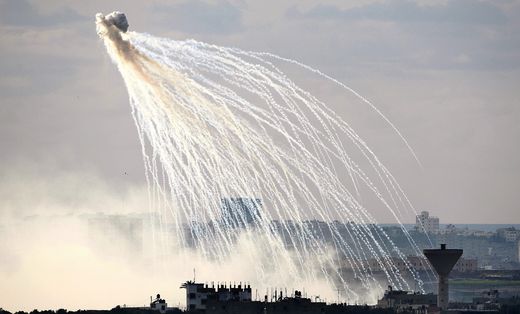 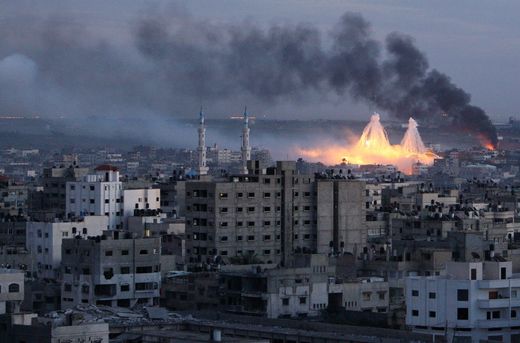 The impact of white phosphorous: 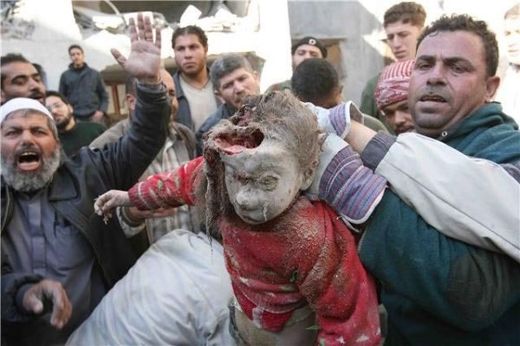 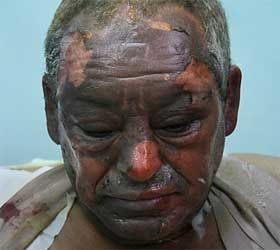 Remember these images when someone tries to make excuses for Israel’s use of chemical weapons on the Palestinian people.

Comment: Read also, Israeli brutality in broad daylight: A chemical weapon attack on Palestinian school children. For more images of the effects of White Phosphorus on Palestinians visit the In Gaza blog.

3 thoughts on “What A Real Chemical Attack Looks Like: Courtesy of Israel (WARNING: GRAPHIC IMAGES)”